YOU’VE GOT TO SERVE SOMEBODY

Music is an agreeable harmony for the honor of God and the permissible delights of the soul. – Johann Sebastian Bach

I met Bob Dylan in the late 1970‘s. I was a fledgling Rock & Roll DJ spinning the wax on a progressive rock station in the North East. Mr. Dylan was in town for a concert and he granted me an interview. Truthfully, we have little to nothing in common philosophically, but the man sure can write a song. He is a master wordsmith. Confession time: I like a few of his songs. Bless me Father…

I am almost a closet Parrot Head too. No, I do not practice nor condone the Bohemian lifestyle of the Buffett brand, but I sure enjoy some of Jimmy‘s light hearted music. I have not yet had the pleasure of meeting him, but I hope I do some day. Like Jesus, I can love people without accepting everything they do or say. We are all sinners. It‘s hard to be a beacon of truth in the sea of human darkness when you spend all of your time speaking to the choir.

The God we serve does not seek out the perfect, but instead uses our imperfections and our shortcomings for his greater good. I am humbled by my own limitations. But where I am weak, He is strong. – Rick Perry

Bob Dylan wrote a song entitled, Gotta Serve Somebody. It‘s lengthy (as are most Dylan tunes). The song is a listing of various passions and professions. But it‘s the repetitive chorus that drives home this one salient point – no matter who you are or what you do – you will serve somebody.

Right on Bob. Truth that. It may be the spirit of darkness (the devil) or the Father of all spirits (the Lord), But you‘re gonna have to serve somebody. On that point, Mr. Dylan and I agree.

I am reminded of a verse of scripture recorded in the older testament book of Joshua,

“But if serving the LORD seems undesirable to you, then choose for yourselves this day whom you will serve, whether the gods your ancestors served beyond the Euphrates, or the gods of the Amorites, in whose land you are living. But as for me and my household, we will serve the LORD.” (Joshua 24:15)

The people of Joshua‘s day had a problem with idolatry. They set their affections on the wrong things. The influences of foreign cultures, and the overwhelming distractions of their everyday life was blinding many of them to the truth. So Joshua drew a line in the sand. He was not indifferent as to whether they chose to follow God or not, just resolved to do so himself no matter what the people decided.

Thus they have an idol that they petition for victory in war; another for success in their labors; and so for everything in which they seek or desire prosperity, they have their idols, which they honor and serve. – Hernan Cortes

Throughout human history, men & women of faith have often been compelled to swim against the currents of the moment. In the ebb and flow of time nations lose their way. Most do not survive the torrent of degeneracies that lead to eventual ruin.

We had no choice as to when we were born into this world. We can wallow away our days in laments for the good times past or decry the direction that the future tide is flowing, but in the process, we‘ll squander the opportunities of the present.

Why not be like Micah. He was an 8th-century B.C. prophet from the village of Moresheth in ancient Judah. His writings are contained in the Book of Micah, the sixth of the twelve books collectively called the Minor Prophets in the older testament. Remember, he was writing almost 2800 years ago when he said,

It really doesn‘t matter what people do or say. We can still do and say what is right when everyone else is living life upside-down (“in the name of their gods”). The truth has set us free.

I serve God, and my purpose is to please Him, and if God be for you, who can be against you? – Benjamin Carson

Consider Ephesus, an ancient Greek city located on the coast of Ionia, roughly a mile southwest of present-day SelÃ§uk in Ä°zmir Province, Turkey. In New Testament times the city was controlled by Rome. Some historians‘ say that Ephesus was at its pinnacle of wealth and luxury from 1-4 AD.     The city was also a prominent religious center. Temples were built to numerous “false gods”. The major religious attraction, however, was the Temple of Artemis (or Diana), one of the seven wonders of the ancient world.

Ephesus became a focal point of the early church. Eventually, a strong Christian community flourished within the City. The Apostle Paul (who at one point spent over two years teaching there), wrote a letter to the Ephesian Christians, calling them out of their lethargy and into a renewed vigor and unity. This letter would later become one of the books of the New Testament. Listen to what he told them,

15-16So be careful how you act; these are difficult days. Don‘t be fools; be wise: make the most of every opportunity you have for doing good. 17  Don‘t act thoughtlessly, but try to find out and do whatever the Lord wants you to. 18  Don‘t drink too much wine, for many evils lie along that path; be filled instead with the Holy Spirit and controlled by him. (Ephesians 5:15-18)

Those are words to the wise.

Though we may not necessarily forfeit our lives in service to our God, we can certainly demonstrate our love for Him by how well we serve Him. – Thomas S. Monson

We are living through a period in human history when genuine faith in the one true God is weak at best and compromise has become the modus operandi, when a sense of personal responsibility is often conspicuous by its absence and the very definition of duty is ambiguous. Cheer up, we were born for such a time as this; when the true members of the household of faith can rise up in the spirit of Joshua and take their stand boldly upon this declaration,

“But as for me and my house, we will serve the Lord.”

Are you a sincere Christian? Then listen to me carefully. God wants you to grow up and live responsibly, particularly because you have had your spiritual blindness removed. As one who has been rescued by the liberator Jesus, you can and should know the true meaning and purpose of this life. Use your time wisely – especially in days of difficulty and stress. Study the scriptures so that your knowledge of God is not vague (imprecise or unclear). Keep a firm grip on what God wants you to do with the days he has given you here on earth. Spiritual stimulus trumps physical stimulation. Enjoy every ounce of life, but don‘t overindulge. And, if you are going to be under the influence – stay drunk on God‘s Spirit. It‘s safe to drive home that way and you will avoid many sorrows along life‘s journey.

You see, there is nothing new under the sun. (Ecclesiastes 1:9-11) Nations come and go, cultures rise and fall, but the heart of mankind remains depraved and in need of salvage in every generation.

I serve a higher power, Jesus Christ. I make no apologies in saying that. – Rick Warren

The Liberator Jesus once stepped out from eternity into fabric of our time to rescue a lost people stranded on a doomed planet. He told of how the creator of all things (God) offers us freedom, peace and Joy. His intolerant message declaring that there was only one way to God (and that He was the way) made some people mad. They killed him. But he walked out of the grave alive 3 days later. Hundreds saw him in the weeks that followed. And then one day, he said goodbye to his closest friends and before their eyes, He left the planet. But His spirit remains here with us. When no one expects it, he plans a return. Until that day, Jesus offers liberty to all that hear his voice. Say yes to Him and you gain freedom and life – now and infinitely.

But if you are still unwilling to choose the Lord, then you‘ve made your decision on whom you will serve, because…

As for me and my house, we will serve the Lord! 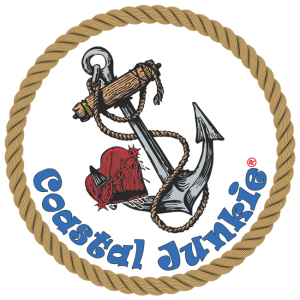